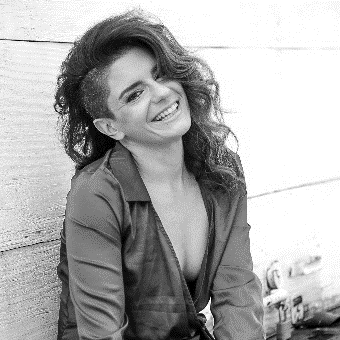 MARIA WILL BE TEACHING:

Maria Konrad graduated from the Dreyfoos High School of the Arts in West Palm Beach and then earned her BFA in Performing Arts at The University of the Arts in Philadelphia, Pennsylvania. As a teacher in Philadelphia, Mrs. Konrad created the early-dance-education curriculum for the school of the Koresh Dance Company, which has been featured in Dance Magazine. Ms. Konrad’s choreography has been presented nationally in such venues such as the Spoleto Festival in South Carolina, The School of Colorado Ballet, The Harid Conservatory, Florida Dance Festival, Miami Dade Cultural Center, Florida Atlantic University, The Kravis Center, Next Generation Ballet and has collaborated with artistic organizations such as Palm Beach Symphony and Palm Beach Pops. Her work has been picked up by choreographic workshops in NYC such as The STEPS Beyond Foundation at STEPS on Broadway and Uptown Rising Series at The Bridge. Her piece “Portraits” was chosen to perform in the 2018 Come Together Festival hosted by Koresh Dance Company in Philadelphia, Pennsylvania.

She has been recognized by organizations such as Young Arts and Youth America Grand Prix for “Outstanding Choreography” (2015, 2017). She has been a guest teacher for institutions such as The Colorado Ballet School, University of the Arts, Florida’s Young Dancers Workshop, The Art of Classical Ballet (dir. Magaly Suarez), Next Generation Ballet, St. Paul’s School, Florida Dance Festival and Youth America Grand Prix. She has worked at both The Harid Conservatory and A.W. Dreyfoos School of the Arts. She served on the 2018 faculty at The International Ballet Competition in Jackson, Mississippi. She is excited to join the YAGP organization this season as a judge and Master Teacher. She is currently resident choreographer with The Next Generation Ballet (Dir. Philip Neal) and the director of the contemporary program at Florida School for Dance Education.