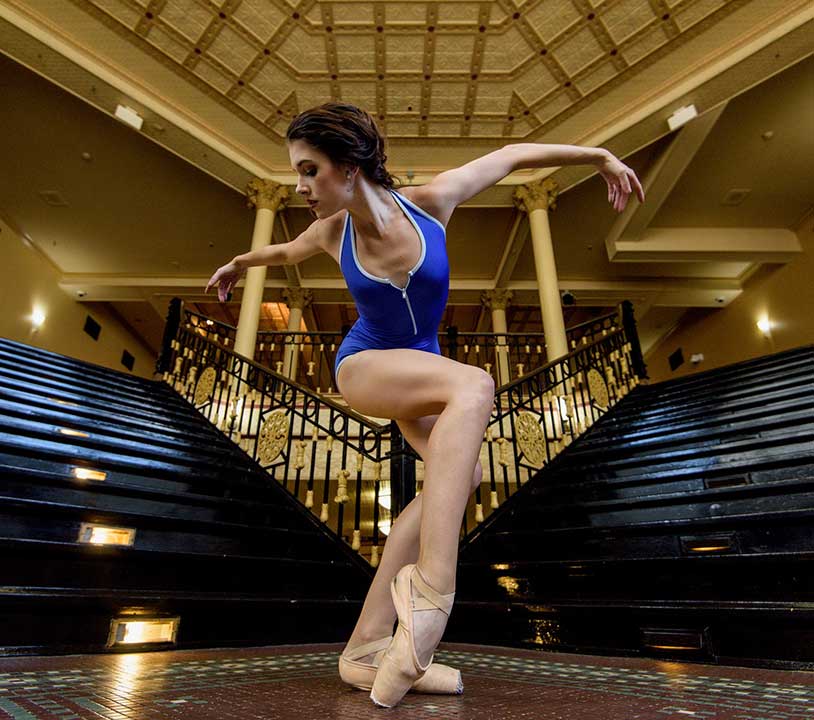 TAYLOR WILL BE TEACHING:

Taylor Sambola began her ballet training in New Orleans, Louisiana. She later studied at The School of American Ballet, American Ballet Theatre New York, and Houston Ballet. She also privately trained with Nancy Bielski & Leslie Browne. At the age of 16, Taylor joined the Miami City Ballet as a Trainee in 2011. Later, continuing her training in New York City with Ellison Ballet. In 2013, She went on to train with The Rock School, where she competed in YAGP. Her contemporary Pas de Deux “Passagio,” by Justin Allen placed 1st in the Philadelphia regionals and was selected to compete in the New York Finals. The next year, she placed in the Top 12 for her classical and contemporary solos coached by Natasha Zieger and Ashley Canterna-Hardy. Once again selected for NYC Finals. Ms. Sambola made her TV debut with the Rock School Dance Project on “Americas Got Talent,” passing through to Las Vegas. Taylor is a certified Power Pilates instructor as well as a Model for BLOCH Dance and Discount Dance. From 2014-2016, She was a member of OB2 before being promoted to Company Apprentice. Taylor is now a main company member from this season and she is extremely excited to begin her professional career with the Orlando Ballet.