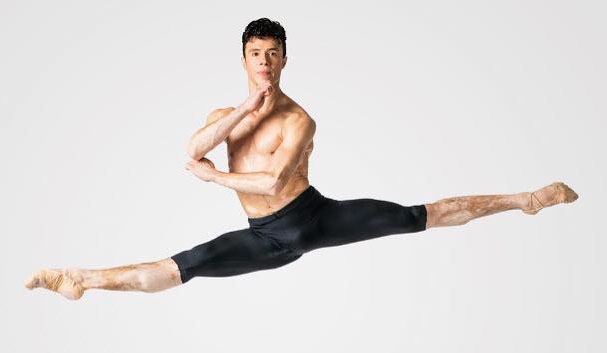 JOSEPH WILL BE TEACHING:

Joseph Gatti is United Ballet Theatre’s Artistic Director; he was formerly a Principal Dancer with the Cincinnati Ballet and Corella Ballet, and First Soloist with Boston Ballet. He was born in Warwick, New York and raised in Orlando, Florida, where he began dancing at the Orlando Ballet School and continued his training with Vadim Fedotov and Irina Depler. Joseph danced at Orlando Ballet as an apprentice from 2001-2003, under the direction of Fernando Bujones.

In 2003, he was coached by Orlando Molina for the Youth American Grand Prix Ballet Competition in New York, where he was awarded the gold medal and a scholarship to the Royal Ballet School in London. Upon graduating with honors, he received the Dame Ruth Railton Award for Excellence in Dance in 2004. After attending the American Ballet Theater Summer Intensive in 2003, he joined the American Ballet Theater Studio Company for the 2004-2005 season. In 2005, he became the first American male dancer to win the prestigious gold medal at the New York International Ballet Competition.

He was also chosen to be featured in a video entitled “The Male Ballet Dancer” presented by master teacher Finis Jhung. In 2007, Joseph was coached by Magaly Suarez for the first World Ballet Competition in Orlando, Florida, where he received the gold medal. Mr. Gatti also received the bronze medal at the 2010 Istanbul International Ballet Competition. In 2013, Joseph received the Mr. Virtuosity Award at the Dance Open Ballet Festival in St. Petersburg, Russia. In 2014, he also received the “Best Pas De Deux” award at the Dance Open Festival in St. Petersburg.

Get a look inside with this special click of “The Life of Joseph Gatti.” To watch some of these amazing performances, visit our performances page.

“Mr. Gatti and Ms. Santana managed to make technical feats that would have been astounding from much more experienced virtuoso performers look like the purest and most honest ballet dancing. The tricks were all there — dazzling multiple turns, most of all — but they were delivered with a lack of affectation and with seamless, fluid finishes that made rare artistry of the gimmicks.” – The New York Times Click Here for full article